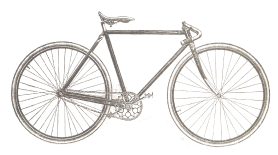 Michael Gralton, is the owner of J.J. Kinahan’s as well as the casual bar The Storehouse in Chelsea. Michael grew up in the bar business. His father owned a bar in Dublin, Ireland and Michael followed suit here in New York.

JJ Kinahan’s is an ode to his sportsman great-grandfather who was a popular bicycle racer from a village in the middle of Ireland. Any type of road racing was a difficult proposition as car roads were little more than dirt tracks so bicycle racing was still a fairly new concept. J.J successfully started doing long distance races across Ireland and in 1909 decided to come to America. He won many events at Madison Square Garden and in Newark - five miles in 7 minutes, 8 seconds - a record. He set his first world record in the six-day, 2, 340 mile race at MSG with just 77 hours.

“We want to cater to the mix of people who work in the area and the growing number of people now living in the Nomad, Flatiron and Chelsea areas. The neighborhood has changed in the past few years and we want to give customers a new perspective on the “standard New York Irish bar”. Our look and feel is unique, as our food and drinks...this is just a special way for me to honor my great-grandfather’s Irish sportsman heritage”. - Michael Gralton